360 Feedback: Tips for Boosting the Value of 360 Degree Feedback Not long ago, critics were calling 360-degree feedback a "performance-reviewing fad." Today, some estimates suggest 90% of US employers rely on 360 evaluations--though not all successfully. This article outlines key points from the American Psychological Association to help you understand why 360 feedback works, when it fails, and how to improve its value.

For more than 20 years, employers have relied on 360-degree feedback to diagnose a variety of organizational issues, including turnover, productivity dips, lackluster morale, and stagnant growth. The idea behind 360-degree feedback is to collect feedback from different points of view, whether colleagues, supervisors, subordinates, partners, or clients.

According to Dr. Kenneth Nowack of Envisa Learning Inc., the more feedback the better. Psychologists who specialize in 360-degree assessments agree that 360s work well, if properly implemented.

If 360-degree feedback isn’t carefully executed and followed up on, it can do more harm than good, says Dr. Nowack, whose research was featured in the Consulting Psychology Journal: Practice and Research.

Here are a few reasons 360-degree feedback fails, according to the article from APA:

In another analysis featured in Psychological Bulletin, one-third of 360 feedback cases actually lowered employee performance. All the more reason to ensure 360 feedback strategies are implemented with care and support throughout the process.

How to Improve the Value of 360-Degree Feedback

A first step to improving the value of 360-degree feedback is to ensure you’re doing the opposite of the above. When it comes to follow up, Dr. Nowack suggests a model called “Enlighten, Encourage, Enable,” which he developed with Dr. Sandra Mashihi and explains in their book, Clueless: Coaching People Who Just Don’t Get It.

Here’s a quick synopsis of the three stages:

Dr. Nowack’s words are worth repeating one more time: “Follow-up is everything.”

Ready to launch a successful 360-degree feedback tool for your team? Learn more about how you can use our 360 feedback tool in parallel with one-on-ones to ensure follow up. 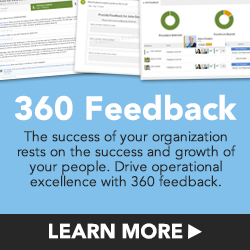