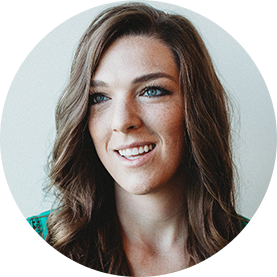 The nonprofit sector is known for many things. Collectively, nonprofits have made some incredible progress toward helping people, animals, the environment, even the economy…

(In 2013, nonprofits contributed nearly 906 billion to the U.S. economy.) But now there's a new association that's not so positive for not-for-profit orgs: disengaged employees. Between 2014 and 2015, nonprofits saw the biggest decline in engaged employees among all industries measured. What’s to blame for the decline? We did the research to find out.

Keep reading to find out what’s disengaging staff and volunteers at nonprofits and what your organization can do to combat the disengagement trend.

In the past two years, 25 percent of nonprofit C-suite leaders have left their roles. Nearly one in four plan to leave by 2018. Who’s taking their place? Unfortunately, only 30 percent of the roles vacated so far were filled with in-house promotion (about half the rate of internal succession among for-profit companies). Whether you’re worried about the leadership gap or not, there’s no denying a huge number of transitions remain in the offing.

What you can do: Recruit and hire top talent, develop a rock-solid succession plan, and alleviate friction during change management to your to-do list. I know, easier said than done. But you don’t have to do it alone. As you begin to put these plans in place, use your employee surveys and pulses to ask for candid feedback and check in on engagement levels. Then, leverage your one-on-one meetings to hear how these changes are impacting individuals and teams and use employees' outlooks to develop new, creative solutions.

What you can do: Use your annual employee engagement survey to get a gauge on how your nonprofit supports diversity and inclusion. Consider those results as a baseline, and leverage the quantitative results and anecdotal data to implement action plans that will actually work to engage your employees. Customize your next engagement survey to include items centered on your new efforts. When you ask employees for feedback on an issue, tell them you value their opinions, implement their ideas for improvement, and then check back in to see how you’re doing. You’ll increase engagement and make your organization a better place to work—for everyone—in the process.

As mentioned, roughly half of senior leaders have left or are planning to leave their organizations—and they’re taking their trust with them. Thirty-five percent of Americans have “little to no trust in charities.” But worse yet, an even higher percent of the staff and volunteers working at nonprofits share the same view. Only 58 percent of nonprofit employees said they had a strong (or strong-leaning ) ethics culture.

What you can do: Our engagement trends show that trust in senior leaders is the second highest driver of engagement among nonprofit employees. So build trust and you’ll boost engagement! Building trust is difficult, but not impossible.

Unsure of Future Success (for Organizations and Themselves)

With the flood of senior leaders retiring, nonprofit staff and employees are concerned with the organization’s future success and their own (remember how only 30 percent of senior leader replacements come from in-house?).  And if we’ve learned anything about our younger generations, it’s that if they don’t see a future, they’ll leave. In fact, two-thirds of millennial nonprofit employees have already indicated “sector switching” intentions.

What you can do: In order to keep your top talent, you have to communicate plans for both the organization’s and employees’ success. On an organizational level, that means laying out a 1-year, 5-year, or 10-year plan and communicating that to the entire organization via a strategic town-hall meeting. How can you paint a clear path for individual success? Incorporate staff and volunteer growth conversations into your monthly one-on-ones.

Want to read more on nonprofit engagement trends and best practices? Download our industry report Engaging Nonprofit Employees: Three Key Strategies to Retain & Engage the People Behind Your Cause. Want to see how employee engagement is trending nationwide, across all industries, company sizes, and regions? Download our 2016 Employee Engagement Trends Report below.