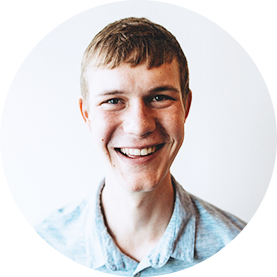 Thanksgiving is here again, and that means it’s time to sidle up to the table, load up the plate with turkey and stuffing, then sink into the couch and embrace the oncoming food coma while football plays on the TV.

Ah, if only it were that simple. Thanksgiving is also the ultimate family gathering, which is a positive in many ways. But it brings together a lot of different personalities, creating a potential powder keg ready to go off at the first off-hand comment about the burnt sweet potatoes or hot-button political topic.

If you can spot these potential issues ahead of time, you can diffuse the situation and embrace all the benefits of thanksgiving without the drama. Using Quantum Workplace’s tools as an example, here’s how to deal with some common family personalities and save Thanksgiving this year. 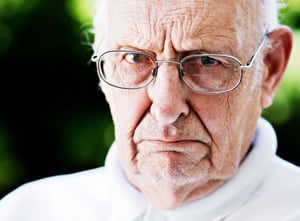 Kurt has reached that point in life where he no longer cares what others think. He’s going to speak his mind without really considering the thoughts or emotions of others. The slightest thing, such as a grandson’s overuse of his cell phone or a slight delay in meal time, can set him off.

Make a point to meet with Kurt a day or two before the big day and lay out expectations for him. Let him know that abrasive comments hurt people and can ruin the meal. Ask him about his preferences and favorite dishes so you can eliminate some potential pain points before they ever even arise. 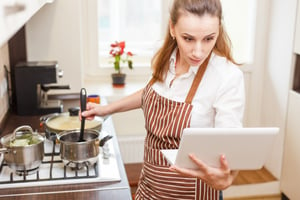 Becky makes the best mashed potatoes – perfectly creamy without becoming too dense. Despite her mastery of the kitchen, Becky has never been confident as a cook. She starts apologizing before anyone even takes a bite – “Don’t expect much. I don’t think I added enough butter this year.” – and, no matter how many compliments she receives, still struggles to believe in her dishes.

It’s time to appreciate Becky once and for all. Sure, she’s received plenty of 1-on-1 praise over the years. But make it official each year. Consider having the table give Becky a round of applause after saying grace to acknowledge her efforts. If you’re really feeling inspired, give her a certificate or customized trophy rewarding her great work. This show of public recognition will boost Becky’s confidence and make her Thanksgiving a little brighter. 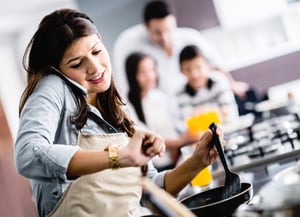 Sweet little sister Kim offers to host each year, taking on the burden and stress that comes with it. She has to juggle ovens, fill drink orders, set the table, and carve the turkey, all while slapping uncle Larry’s hand away every time he goes for a pre-meal sampling of cranberry sauce. She’s worked to the bone and can’t enjoy the holiday because she’s too busy surviving it.

Help Kim out this year. Continuously encourage her throughout the day, complimenting the decorations and recognizing how well she cooked the turkey. Take feedback from her as well: what can you help her with? How can you make her day easier? Is it time to wake up grandpa and assemble everyone around the table? Establish good communication so you can aid and reassure her. 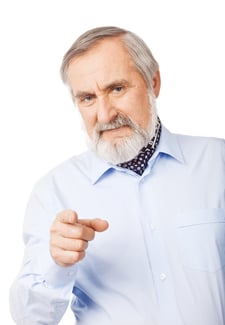 Every holiday party has that one family member that wants to inject politics into every conversation. Bill is set in his beliefs, and he’s not afraid to make them heard. He won’t accept anyone else’s take on important issues and will loudly debate anyone daring enough to oppose him, creating an uncomfortable atmosphere for everyone else.

Get in touch with Bill prior to the big day and let him know his political comments are not appreciated. Tell him how uncomfortable his loud declarations make everyone. This isn’t an easy conversation to have, but it’s important if the holiday is to be enjoyable. Set some goals for him. For example: if he brings up the election fewer than five times, he gets an extra slice of pumpkin pie. 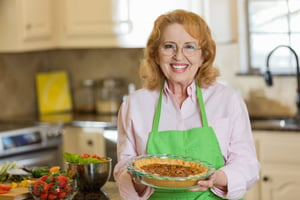 Grandma is known far and wide for her PhD in pies. She’s an expert in apple, pumpkin, pecan, sweet potato… you name it, she has it down. She’s not going to make all the Thanksgiving classics, however. There simply isn’t enough stomach space left for that much dessert. And she struggles to know which of the fall classics she should bring.

Start a text or email chain with a poll asking which types of pie each person would like. Bring the results to Grandma and let her work her magic in the kitchen. Everyone gets their favorites and no food goes to waste.

Thanksgiving is a glorious day for so many reasons. Don’t let a few individuals drag down your feast. By incorporating a few of these tactics, you can ease some consternation before it arrives.

But these helpful tools aren't confined to the dining room table. The workplace can be just as violate as your family gathering, but it doesn't have to be! Use these tools and more to improve communication, boost employee engagement, and create a better place to work every day.

Want to see it in action? Schedule a demo. It's tastier than mashed potatoes with a lot fewer calories.