How Nelson Mandela Can Change Your Leadership World 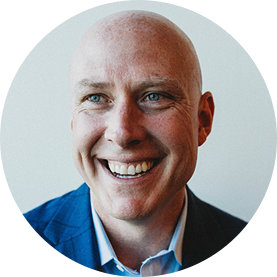 Yesterday, earth lost the most transcendent leader in a generation.Since transcendent leaders—by definition—are one in a million, I want to focus on helping us recognize and follow transcendent leaders.They exist among you. And they need you as much as you need them. The challenge is identifying them early. Our kids have 20 years of history books telling them Nelson Mandela was a gamechanger.But following him in the early 50s was harder and required more courage. In fact, picking who to follow is its own form of leadership. Below are three pieces of advice on how to unleash transcendent leaders in your world.

#1 Offer a listening ear to the troublemakers and rabblerousers

President Mandela’s birth name was Rolihlahla, which means “troublemaker.” And his leadership in the 50s and 60s certainly made that name appropriate. We idolize agitators in history books. But we often scorn them on our teams. We don’t like dissent in our meetings. We are annoyed at feedback that challenges us. And we get defensive if that feedback critiques something that we care about. But before you stifle that feedback, listen to it. Ask yourself for one second, “does this troublemaker’s case have merit?” “What false assumption or outdated ritual is my resistance trying to protect?”

One of Mandela’s most charming traits was his resilience to the government’s attempt to constrain him. When he and 150ish collaborators were tried and incarcerated for treason in the mid-50s, the entire crew kept working behind bars. Referring to being jailed during that 4 and a half year trial, he said, “it was the largest and longest meeting of the Congress Alliance.” Again, in 1982, an imprisoned Mandela rejected a release offer from the president that carried one condition, he had to renounce his violent campaign tactics. Like Daniel in the lion’s den, Mandela didn’t want to deal. And he served another eight years in prison.

Mandela started his career as an elected official in the age of modern media. Twenty four-seven news cycles and sound bites have been an excuse in our generation to explain a perceived gap between excellent rhetoric and actual leadership effectiveness. But Mandela is an asterisk. His competence as a manager and an executive match his coherence as an inspirational communicator. Upon becoming president in 1994, Mandela expertly unwound “the Homelands”—a system whereby most non-whites were prevented from traveling within the country, prevented from accepting certain jobs, and restricted from being promoted within their current jobs. Once these restrictions were lifted, South Africa’s GDP doubled over the course of eight years. And in that time, citizen incomes grew dramatically, while the gap between non-white and white income metrics narrowed. Mandela wasn’t just a figure head; he was a brilliant executive.

#3 Follow leaders that are radically committed to principals, but agile with tactics

Mandela and the African National Congress definitely had their detractors. He aligned with emerging communist leaders. He transitioned from peaceful tactics to violence when he launched Umkhonto we Sizwe to fight back against the police state. And he most famously adjusted from resisting the established government to partnering with its leadership. For Mandela, the “how” was pliable. But the “what” and the “why” were not.

“In some ways, it is easier to be a dissident, for then one is without responsibility. As a member of the executive, I had to weigh arguments and make decisions, and expect to be criticized by rebels like myself,” Mandela said. He added “It is what we make out of what we have, not what we are given, that separates one person from another.”

We honor you, Mr. Troublemaker.